We should all enjoy the right to question and try to understand the very basic principals and common point of any society we live in, given if it’s given to us which is the case in democracies.
Role of law, civil institutions and philanthropic organization are to ensure these rights for us. But they are not to hinder our perception of society and very same values they promote.
If we are offended or we think our rights has been violated we could undertake endeavors to know why without necessarily filing petition against the perpetrator in one of the above institutions.
But the trend seems to be changing, increasing, the right to creativity is being undermined by strong institutions with bias mandates. Their pre-established system procedure is assumed to be applicable to all situations, if not they make it applicable. Most of these pre-established system procedures (Pre-ESP) is imported from academia with high level of intellectual capacity and is not well understood by implementers at local levels. This in a way is counter productive and breaches conscious citizens’ right of creativity and freedom of investigation.
Creativity is not necessarily about bringing about new way, solution or method, but it’s also about self-expression and new artisitic way of perception.

Psychological experiments in the fields of motivation and learning have disclosed the power of novelty as an inducement to action. Lack of novelty or the inability to cease them at a point of time in the hope of perfectionism will lead to inaction.

Microcosm of society stimulates the tension between the establishment and maintenance of structural constancies and the interruption of achieved equilibria in the interest of new possibilities of experience. This doesn’t mean that new possibilities meet resistance; it’s simple the character of an healthy evolvement of the society.
No comments: Links to this post

A: Person X is from Afghanistan

B: Person X applies for a Visa to Russia

C: Person X is refused to get a VISA 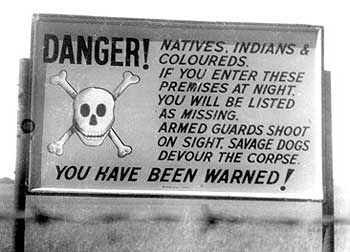 Why does Person X get no VISA?
 Circumstances?
o 1. Lack of necessary documents
o 2. No allowment for people of this origin
o 3. A special case/special circumstances of that person make it impossible to give a VISA (e.g. criminal past…)
o 4. Arbitrary treatment/decision-making by institutions or/and individuals

To 1.) provide all needed documents
 partly in applicants responsibility
 partly applicants dependence on others
(analog: Why does Person X does not get the required documents? -> Circumstances…)


To 3.) Person X is probably incapable of changing anything about this decision (in case
his special preconditions are proven and acknowledged [by ?])

Number 2 (???) and 4 go together considering their absence of valid and internationally acknowledged rules in the determination of the reasonable neglection of VISA:

1. Person X is from Afghanistan

2. Person X is refused to get a VISA for Russia

3. The refusal is not based on any reasonable or internationally acknowledged basis.

Both levels base their decisions on the same criteria as racism does? 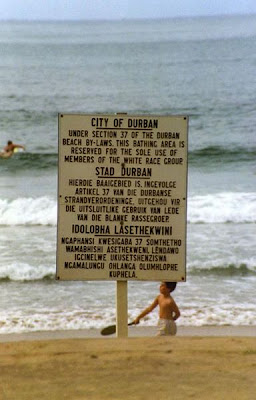 The determination of the human individual and its qualities and weaknesses
through their origin, their appearance, their language.

Within this framework the individual does not even have the right or the
opportunity to proof its individuality.

The result is the stigmatization of a certain group of people who are described as
having decisive aspects in common, such could be religion, ideology, thinking,
same solutions for conflicts, goals, world view etc.

Through this the individual is no longer acknowlegded as such. It is dissolved in
stereotypes, which is in fact other people’s ideas of the group the individual is
associated with.
No comments: Links to this post

I want to go to Moscow for Easter holidays, and I didn’t want to question the perception of individuals who didn’t give me equal treatment as well as organizational bureaucratic systems which promotes racial profiling. But things are not easy; it’s not just like getting a visa and going there.
Young friends at the university who are hard working and pluralistic and don’t have a single image of issues and narrowly defined stereotypes understands the concept of how Moscow could be fun for me.
But individuals who are burden by organizational processes and has predefined image of me provided by stereotype can’t understand why I go to Moscow. They question my sense of adventure and enjoyment.

I am filming the perception of people. The different faces of their perception and how different and the same they are.
These are so abstract concepts. My interviews with the people translate these abstract concepts by building their relationship to my daily life. You’ll see how I am getting increasingly vulnerable to human rights violations and marginalization. Specifically you’ll see here in this documentary what kind of challenges an individual faces when he wants to travel.

Stereotypical image of me by media, HR organization and governments PR is not my reality. This is the reality made by some person some where who doesn’t know me. It’s setting expectations, and a lot of the time we don’t do as expected. I might not do what it’s expected of me, but thousands of people who are potential receipiant will expect me to do this. this expectation is reflected in stereotyping. information builds a negative stereotype. No information will build a neutral stereotype if not positive.

There is a two layer of the issue. The tangible and intangible part of the issue. The tangible is about the visa. I can’t get a visa. I will use available means. The second part is intangible part of the issue.
It’s about a person. Who wants to travel, this person wants to be anyone, but he can’t, he can only be the one who he is perceived to be by the people in the society. Majority perceive me through a generalized image of stereotypes.
Majority’s image of me affects my life.

This confidence and ignorance is projected in stereotyping. We all live in stereotypes. I am not going to bore you out with bla bla reasons of why we live in them, but I will see how people project them on me as an individual which is not part of their society. The stereotype is an image: built of excessive information from the media being over simplified and individuals encounter and experiences. The stereotypes build confidence in individual and help one to think less and react natural with an unknown person or situation.
The media, the governments and the international organizations is helping individual build a stereotypical image of a Muslim who has pre-existing feelings of resentment and frustration; and the current conflict and social segregation exacerbates it and erodes their confidence in the authorities and any established system and they are at the prevailingly supporting organizations that advocate violent methods to protest injustices suffered by Muslims, including terrorism.
Human right organizations warn the majority population that experiences of discrimination and exclusion may result in Muslims adopting behaviors that further underscore their segregation in relation to the majority population. This warning in itself leaves no other option for the majority than to perceive any Muslim as a treat.
I have been to various organizations such as media outlets, HR organizations and university, the people who disseminate information or heavily depend on information to prove the point such as Amnesty international, to disagree about their coverage. Their coverage contributes to build stereotypes, and like most of contemporary stereo types these are negative image in the European public and they also predicts a stereo typical reaction of the Muslims.
No comments: Links to this post