Abdul Salam Zaeef, the former Taliban ambassador to Pakistan, attended the Saudi meeting and said there was no discussion of peace talks. Taliban has not yet admitted of talks with the government. Zaeef said Karzai's government missed an opportunity when it failed to e 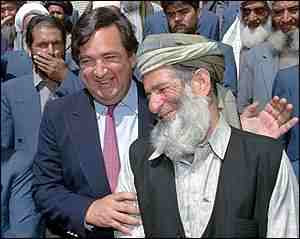 ngage the Taliban in talks three years ago. Since then, he said, the Taliban has grown stronger. He added, the Taliban had no hope that the American rule would collapse in Afghanistan but now they do. While Taliban forces appear to have gained the upper hand across large swaths of Afghanistan, they are not yet a unified force and by no mean they want to talk with Kabul. Dissension and dissatisfaction on both sides and among western countries could provide an impetus for talks.
Karzai's government held secret talks with Gulbuddin Hekmatyar, a former mujahedin leader now labelled a terrorist by American and Britain, through members of his family who regularly visit Kabul.
As a mujahedin commander against the Russians, Hekmatyar was supported by the CIA and Pakistan. In the civil war which followed the Soviet withdrawal, he continued to be backed by the Americans and Pakistanis despite being blamed for atrocities. The warlord later fell out with the Americans and based himself in Iran, from where he directed attacks on Afghans and Nato.
Pakistan has a central role in Taliban talks, the session in Saudi Arabia included several Pakistani officials, including former prime minister Nawaz Sharif. Sharif, who now leads the largest opposition bloc in Pakistan’s Parliament, has been a vocal advocate of negotiating with Taliban commanders in his country. he is not alone many other Pakistani fictions has urged Afghan government and western allies to enter dialogue with Taliban. Pakistan see Taliban as an instrument to insert influence over Kabul. 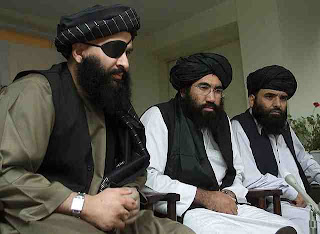 Britain is stepping up pressure for a political and diplomatic settlement to the conflict in Afghanistan, a move set in sharp relief by the commander of UK troops who warned that the war against the Taliban was not going to be won.
The message is being delivered with increasing urgency by British military commanders, diplomats and intelligence officers, to Nato allies and governments in the region.
The deepening concerns reflect what British defence chiefs are saying privately. The conflict with the Taliban has reached "stalemate", they say. They also express increasing frustration with the weakness and corruption of President Hamid Karzai's government in Kabul.
British officials are exasperated with the Karzai administration, the slowness in building up a national army and corruption in the Afghan police force.Violence in Afghanistan has risen to its worst level since 2001, when US-led forces overthrew the Taliban.
Aid agencies say the Taliban and associated groups are controlling more territory and it is increasingly difficult to provide the population with their humanitarian needs, let alone physical security.
The US has also changed its position on talking to the Taliban. Soon after Mullah Omar's regime was overthrown in 2001, the then US defence secretary, Donald Rumsfeld, declared that it would never again be allowed to seize power in Afghanistan. "Those who have been defeated would like to come back but they will not have that opportunity" he said. Since then, with the Taliban resurgent as the US-led "war on terror" shifted to Iraq, American officials have been much more receptive to the idea of talking to the Taliban. David Petraeus, the US general credited with reducing violence in Iraq by winning over insurgents, is now overseeing the multi-national mission in Afghanistan. He is expected to introduce some of his Iraqi tactics into the conflict.
3 comments: Links to this post

a letter from Obama to Ahamadinejad 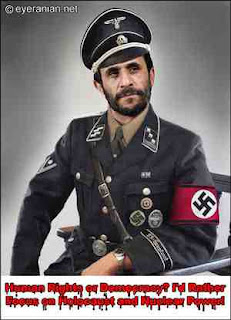 I learnt of your letter to me when my chief of staff Emanuel Rahm informed me that we had to send three dollars to the post office to cover the postage [due]. Next time, please put enough stamps on the letters you send me. I had a hard time with my wife, Michelle, over this. She asked why we had to pay postage due on a letter from someone who calls us 'the Great Satan' and collaborates with the likes of Hugo Chavez. You know that in the States, it's the wives who have the last word. It's not like in your country, where one can shut them up by giving them a sharp whack over the head.

Dear Mahmoud, I hate to tell you that your letter caused us quite a bother. The White House translators couldn't or wouldn't translate it, saying it was a job for the department of religious propaganda. Eventually we had to ask for the help of our friends the Israelis who know Persian better than us and even maintain trade relations with you guys on the quiet.

In your letter, you congratulated me on 'taking' the majority of the votes in the election, which I found quite puzzling. You should know that, in the U.S., presidential candidates do not 'take' votes but receive them from the public. People here do not go to bed on the night [of the election] and then wake up in the morning to find out who has seized the presidency... I have been told that, in one of your elections, a candidate took an afternoon nap, only to discover that, [while he was sleeping,] he had been eliminated from the running and someone else had won the election. Is that a true story?

Mahmoud, darling, in another part of your letter you asked my country to pursue a policy based on 'justice, respect for the rights of human beings and nations, friendship and non-intervention in the affairs of others.' Frankly, this surprised me, because if you are alluding to executions, you guys execute as many people as we do. However, in this country, a capital case is debated for 17 years on average, while in your country, 17 is the age of some of those who are executed... As for intervention in the affairs of others, [you have a point:] We Americans do invest considerable funds [in Afghanistan] in order to enable the children there to attend school. [We also invest funds] in order to prevent Russia from imposing its will on Georgia, and so on. But you guys also intervene in the affairs of others – only instead of sending children to school you strap explosive belts around their waists. A few days ago, the media reported that a three-month-old baby had joined an [Iranian] suicide squad.

Dear Mahmoud, I have no patience to read nonsense and respond to it, so next time you feel like talking to me, please call me on the phone – only please don't make it collect.
Your
Obama
1 comment: Links to this post