How long is the Afghan insurgency going to take?

The current conflict in Afghanistan is a battle of 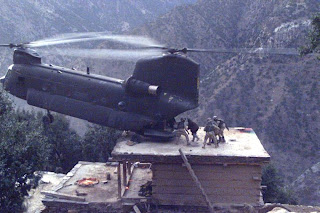 The will of Afghans for any future peace is affected by their perception of the politics in their country, deeply affected by the war in the past and the instigator of those wars. Militarization of politics in Afghanistan in the last three decades has turned the population into political cynics, distrusting politics and the ones involved at the cause of political leaders. Wars and armies in Afghanistan became heavily politicized in the 1970s as a result of two military coups. The politicisation of wars and the militarisation of politics continued as the country saw over a dozen regimes; ideologically opposing each other, extremely. The war and politics got very dirty in Afghanistan when gradually military fictions relied on their relevant ethnic groups for recruitment; gradually giving power to a variety of ethnic-regional factions, self-serving warlords, and criminal freebooters. The situation fostered an intense competition for enlargement of factional militias through indiscriminate recruitment from their respective ethnic constituencies or, in the case of some parties, increased reliance on non-Afghans. The process not only ethnicised the warring militias but also brought large numbers of bandits, thugs, and criminal elements to the ranks of the competing factions. Factional--and nominally national--leaders were reluctant to prevent their allies from criminal acts, fearing their defection to a rival party. This gave a free hand to armed groups that had carved the country into fiefdoms and were involved in narcotics, plundering public and private property, extortion, corruption, rape, war crimes and violence. The result was, population lost their trust in any military 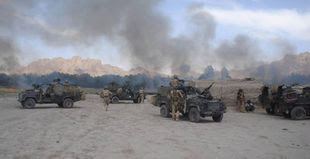 The afghan conflict is characterised by international intervention, the international community has supported their fictions in the last three decades. These fictions including the ones currently in power, involved in gross human rights violation. UN plans for peace in Afghanistan has always failed and resulted in further bloodshed, UN plan for peaceful transfer of power from Najib regime to a transitional government, was a set up to oust Najib from power. led to an intense power struggle among the Mujahideen groups who had taken over different parts of the country and seized or looted the government. Foreign supported groups in Afghanistan has been cleverly drafted to emphasize in an internal division within the opposing camps, resulting the country sinking into devastating civil wars leading to foreign invasions, i.e. soviet 1979 - 1989, Pakistan 1994 – 2001 and international since 2001. Political polarization of the county intensified as the wars developed. The wars in the last three decade assisted by foreign interventions have caused tremendous social change, ripping society apart vertically and horizontally. The wars has been the battle of any afghan against any other 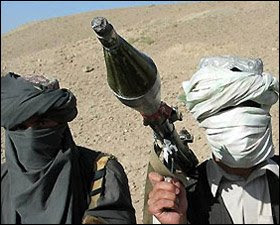 afghan, at the end it has been realised that they are not the one who benefits, it’s the self dubbed leaders and their foreign backers. Resulting in afghan lost of trust in leaders and any political formation.

Taliban were not ousted for their poor human rights record, or international isolation because of their medieval treatment of women, or their imposition of far-reaching social restrictions such as compulsory beard, dressing code etc, or because of national economic failure. Taliban were ousted merely because of extensive links to Deobandi religious schools - ‘madrassas’, to foreign extremist networks, and to wanted terrorists such as Osama bin laden. As a matter of fact Taliban implemented several good social policies, such as eradication of administrative corruption, disarmament of fighting groups, stabilising the society and putting an end to village level ethnic conflict, and prevention of poppy cultivation and drug production. These are all provisions which the current government and the international community have failed to prevent. Topped up by rising social inequalities fuelled by drug money and international community generous bonuses to its allies.

The war against the Taliban is going to be a long battle; the question I posed at the beginning was whether the international community has the resources to fight this war. The insurgents are mostly the product of the past wars and guerrilla warfare, the military establishment is conceptually oriented toward a war of attrition. It is, in essence, a guerrilla war. This orientation shapes the underlying principles of its tactical and operational manoeuvre: elusiveness is considered the key to survival in drawn-out combat; the fight for survival calls for survival to fight; and trading territory for time constitutes the basis of operational resilience. The tactic is vivid in Helmand where they fighting British Army, the towns in Helmand province switch control between British army and Taliban. Taliban are reluctant to defend defensive lines at any cost. Taliban have a good understanding of foreign armies tactical weight and their enemy's offensive momentum. Taliban know they can’t stand against well-armed western armies but they know foreign armies are overstretched and sporadic attacks would pressure their resources and morale. Taliban are light force mounted on pickup trucks or motorbikes tailored to ambush ‘forward enemy basis’, caravans and government establishment. The war is against a ghost enemy, which retreats behind an imperceptible border into Pakistan. Pakistan is a safehaven for Taliban where they international forces is not allowed to chase them. The 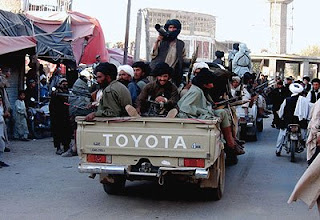 soviets lost the same war; history proves hard defeating a cross border insurgency. Americans lost a similar war in Vietnam against Vietcong. Taliban rely heavily on ethnic participation of Pashtuns, who see themselves isolated in the foreign mediated power share of current government, and popular support in south, south west and eastern Afghanistan. Taliban relies on religion to justify their fight and brutal punishment of civilians and enemy to intimidate the public.

The fight against Taliban is not going to be won unless there is a positive change in the will and aspiration of Afghan public. Democracy is an empty word for many Afghans, pronounced by political leader to exploit the ideology for their political ends; the word was popular from 60s to late 80s. It has resurfaced after the international intervention. More than words such as democracy is needed to reinstate Afghan trust in the government. The insurgency is not beatable and its going to draw more support from the public as the conflict escalates. The will of Afghan people might be positively affected if they see changes in their daily life. The current government is far too corrupt, manipulated by criminals and ineffective to be trusted. To change the government the international community need to pour more resources into Afghanistan, more money is need to reform the government bureaucracy, rebuild the infrastructure and more troops to provide security for the progress. Coupled with new state building strategies, the foreign aid need to stop spending less money on themselves and more on Afghanistan. Otherwise this is going to be a long and bloody war, not new to Afghanistan, but challenging to the will of international intervention. 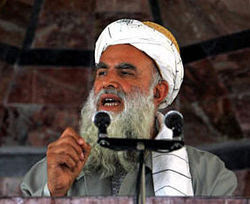 Minister of information and culture, Abdul Kareem Khuram, has ordered several private TV stations to stop broadcasting popular soap operas that allegedly contains ‘offensive’ scenes. The minister went further by describing offensive as being "un-Islamic". Apparently the ministry reached the decision under pressure from the parliament and clerics.

The Soap Operas are very popular television programs and if any form of formal audience rating was possible in Afghanistan I have no doubt the shows would rate the highest. The serials provide vital revenue for TV stations. The soap operas are dubbed into Pashto and Farsi. Banning the program could be a financial blow to TV stations and the end of the young dubbing sector.

The minister of information warned of sever action against TV station neglecting the decision but did not clarify what. In a freedom liking system the law outlines all sanction in the interest of ensuring consistency and avoiding arbitrary action by those in power. The media law has envisaged no disciplinary measures in this case because the action of the minister is not in the law.

the Parliament has also passed a resolution seeking to bar not the soaps but any TV programme from showing dancing and other practices that are "un-Islamic".

The parliament is a house built by secular west to host radical muslims. This resolution was passed two months after the one which supported the death sentence for Parwez Kambakhsh, a journalist, for downloading an article criticising Islam's stance on women's rights.

The latest action of the parliament and the government once again shows who run the country under the shadow of secular western military. The Afghans can’t do anything which is not endorsed by these fundamentalists. When Islam was introduced there was no TV so we can’t know what islam says about TV and its professional conduct, but now we have to deal with a situation under a bunch of thugs and criminals that anything which has not been covered by Islam becomes the domain of their authority.

The fundamentalist Afghan officials take advantage of western financial assistance and their military protection. They don’t mind to be protected from the ruthless hand of Taliban by westerners. They live in modern buildings and drive in convoys which are paid by western tax payer money but their black moral framework has not changed.

The fundamentalist for decades enforced a restrictive system where basic human curiosity has been seriously curtailed. Any new step by an Afghan is rejected in their view on the ground that its unfamiliar and not in line with Islam. The islam of fundamentalists is a static faith; their faith will never accept innovative television programs because television is a threat to their authority and better television is even serious threat.

Why are we silent, and by ‘we’ I mean all of us: people of Afghanistan, millions of Afghans watch these soap operas and they love it. they need to stand up for something they like and challenge the authority of the criminal fundamentalists. We know that these criminals should be put behind bars not on a chair to govern our lives again. Their actions once again remind us that they never went through a period of self-reflection after their atrocities. The fundamentalists should not dictate to the entire Afghan society the rule of the game, they have had enough control. The rule of law should replace the arbitrary interpretation of their Islam.

But I know that the mass (all and any Afghan) will remain quiet because We are a society caught in a mental cramp of cognitive dissonance, and we will be for a long time. The whole society fall victim to this type of Islam. Nobody can raise their voice because that would be considered unislamic, the mantra of the criminal fundamentalists has worked so well that Afghans are fearful of natural pursuit of life and watching what makes them happy.