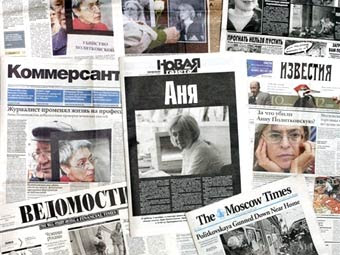 Afghanistan Marshall Plan is without a Plan. 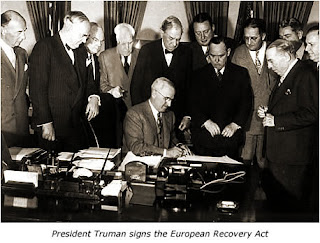 After the establishment of President Karzai’s government in there was talk of the need for implementation of a plan much like the Marshall Plan for post Second World War Europe. What happened next was pledges of billions of dollars towards the recovery of and actual expenditure of millions in that country, but no Marshall Plan.

Lets see if we could draw parallels between the time of the Marshall Plan and the Afghan Compact and stresses the need for more emphasis on measurement of plan achievements, finding of bottlenecks in an effort to convince both the world and the Afghans themselves that the government is on the right track. The and the United Nations must make sure that the flow of aid into is transparent and meets the real goals of the people and although a plan like the Marshall Plan did not materialize in the case of , still some semblance of it is ensured in the form of the Afghan Compact. This would also prevent further erosion of popularity of the Afghan government.

Soon after the in its war on terror rained bombs of every magnitude on in 2001 to oust the Taleban regime from power for its support of Osama Bin Laden, a transitional government devised at a meeting in , was put in place to embark on the difficult task of nation building and recovery. This was followed by a series of meetings in Europe and and elsewhere where the international community pledged huge amounts of
money for the Afghan reconstruction. The most recent one being the Delhi Conference of last week. There was even talk that this would be an effort much like the recovery program for at the end of World War II. 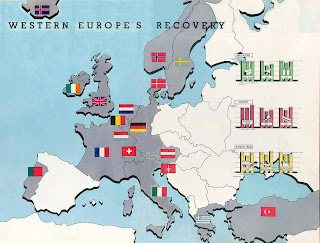 The 1947 plan took four years during which time about $13 billion in economic and technical aid was given to help the recovery efforts in the European countries that had opted to become members of the Organization for Economic Cooperation and Development, consisting of about twenty countries.

Los Angeles Times in an article on November 12, 2006 writes: “After the joined forces with ' s militia to oust the Taliban regime, it pledged to help rebuild the country and chose Karzai to lead the effort. Since then, foreign donors have spent at least $16 billion in .” The contrast is clear. When in a given period of four years the
Marshall Plan helped revitalize the economy of many European countries while strengthening the industrial strength of the United States itself and furthering its designs for combating communism, the post 9/11 plans of the United States and its allies supported by the United Nations for the recovery of one country, Afghanistan, is still in limbo.

So what happened to the money spent in and the amounts promised and never delivered? Some of the answers could be found in the fact that has changed into a kind of a black hole, where money is reported spend with little to show for it. Two major areas regarding this black hole of expenditures include military expenses -that consists mainly of expenditures of keeping a fighting army of say 40,000 troops in a foreign land, and the
other one is money spent to pay for the salaries of a developing army and police as steps necessary in nation building exercises. While it is true that spectacular achievements have been scored in Afghanistan in the past over five years-like over 90 percent of school age children are enrolled in schools, an increase in Afghanistan’s exports and development in trade and commerce, yet the bottlenecks of insecurity and corruption have severely overshadowed those
initial successes. On the other hand, an initial lack of a solid plan for development and a mechanism to oversee its implementation, lack of expertise in planning and plan implementation and lack of coordination among thousands of organizations mostly NGOs with government programs have all proven obstacles in rapid recovery. All of these in turn have served as a vicious circle further deteriorating the conditions in the country and eroding the initial popularity of its elected president.

During the Marshall Plan implementation, qualified experts and businessmen oversaw all steps in planning and its implementation. They were able to establish priorities based on each country’s needs and made sure the money was received promptly and spent according to the plan. In for the first four years no plan was available. Only in February this year, Afghanistan Compact was put together in an effort to convince donors at the London Conference
that there was a five-year plan available. This time a Joint Coordinating and Monitoring Body (JCMB) was established with two co-chairmen, an advisor to president Karzai and a representative of the UN Secretary general. The Body last Sunday concluded its third quarterly session while the visiting United Nations Security Council delegation was also in attendance. It is customary that in meetings of this caliber there are a lot of sugarcoating that is practiced. However speaking on the occasion, Professor Nadiri one of the co-chairs of JCMB said there was recognition on all sides that the Compact must remain on track. He said: "We need to see a strong and coordinated effort by the Afghan government and the international community to meet the challenges ahead.”
The meeting recognized insecurity and corruption as obstacles to plan implementation and its other co-chair Mr. Koenigs said: "The international community must give strong backing for the government's anti-corruption measures and focus on improving aid effectiveness so that more people benefit as development projects roll out across . " "We can and must cement peace, stability and progress for all Afghans,” he said.

The and the United Nations must make sure that the flow of aid into is transparent and meets the real goals of the people and although a plan like the Marshall Plan did not materialize in the case of , still some semblance of it is ensured in the form of the Afghan Compact.

Obviously there is a need for the scrutiny of plan implementation and measurement of achievements or failures regarding all of the goals established by the Compact. However, there is little that is published or known on that score. President Karzai has taken an additional step of establishing of a high level Policy Action Group which so far has focused on the security situation in the south of the country. The latter body can also play an important role regarding efforts for the reconstruction of the country focusing not only on regional problems inside the country, but also taking all other factors into consideration and providing of effective action directives to all ministries of the government in measurable endeavors towards achievement of the Compact goals.

It is also important that the United States, the main benefactor of Afghanistan’s government should try to prevent further erosion of President Karzai’s popularity by helping convince his countrymen that he is his own man, that he has a larger say in the military conduct of international forces in his country and to make sure that his army and police are developed to their full strength and are made capable to enforce the writ of the government all over the country. It is also time to realize that for any recovery effort peace and security serve as important prerequisites and that economic prosperity breeds peace and prevents violence. 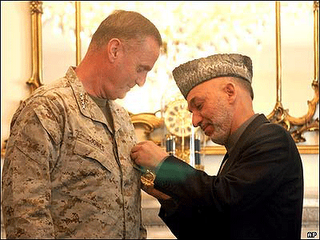 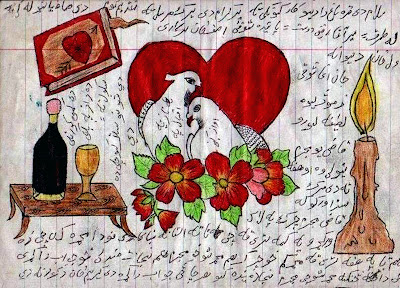 letters to afghan local radio ttp://afghanlocalradio.blogspot.com/ is now also availble in russian http://trochania.livejournal.com/. it's a collection of letters sent to radio stations across afghanistan. it talks about communication and the use of radio.
No comments: Links to this post

NATO set a search and destroy operation in the Tagab valley, 70 km from the capital. The battle broke out while an alliance convoy was attacked during the insurgents’ hunt in the area.
According to the primary reports there are more than ten dead. NATO planes were called in to support the ground troops at the height of the fighting, which continued as evening fell. This is the first time villagers die in Tagab in the last five years. More than 3,100 people have been killed so far this year.
I was in Tagab two years ago to set up a community radio station. it’s a beautiful valley with a lot of water and fruitful orchards. There is very little sign of reconstruction. The 70km road takes four hours. There is one high school for a population of 70000 stretched across several long valleys. It’s the destination of choice for newly graduated medicine students; they get to do a lot of practice on patience since there is hospital.
Dawlat khan and his wife, both former nurses in Kabul, has returned and set up a clinic in Tagab. They business is blooming.
I went to tagab with a good friend Hugo. We were received very warmly. An old man in a very sincere voice told us “radio is not what we need, but we appreciate your good intentions” after doing some research we found out he was right.
We spent the night in a pomegranate orchard, surrounded by five meter high mud walls. The cranky big wooden door couldn’t stop playing the sound. Our hosts were constantly checking on so we are comfortable.
They had very simple life and nothing from the government. Justice is enforced by tradition.
UK defence chiefs have sent a parachute regiment battalion to Afghanistan. this is the first time that British paratroopers have jumped into action since the Suez conflict 50 years ago.
Top British diplomats warned last week that a planned assault on opium producers was likely to result in heavy fighting.
Therefore, military planners have drawn up a contingency plan in which a parachute battalion would jump from six Hercules C-130 transport aircraft to reinforce British Royal Marines in Afghanistan.
Saddam is my cousin and he is 13 years old (see the photos below) he is from Tagab. There are 12 people in his family including two aunts whose husbands died in the wars. To be frank one of them is still alive and in jail. He was trafficking drugs to iran ten years ago when he was caught and sentenced to life time jail.
The grandpa is old and spends most of his time in the orchard, but the trees are dieing out because of the drought. He practically almost produces nothing. Saddam’s grandpa is deaf, he lost his hear when a soviet artillery shell his room.
Saddam’s dad is in Iran trying to make a living. In the last five years he has returned several times in the hope to find something to do in Kabul or Tagab, but luck didn’t come with him.

Saddam decided to make things a little bit better for his family. He cut off the orchard and started growing poppy. This went really well and he made some money. Saddam has a serious problem now, NATO has bombed his village and they are planning to return to destroy his crop.
1 comment: Links to this post 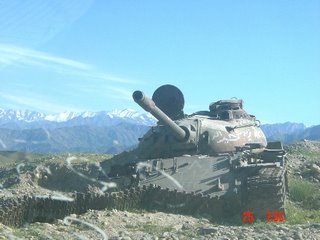 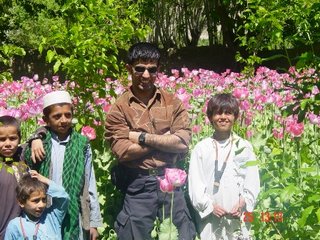 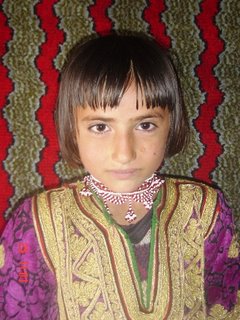 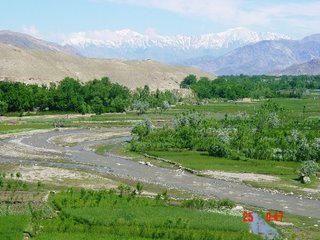