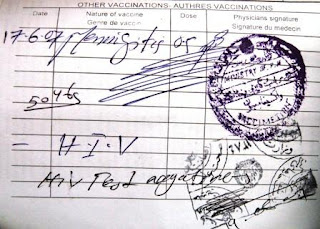 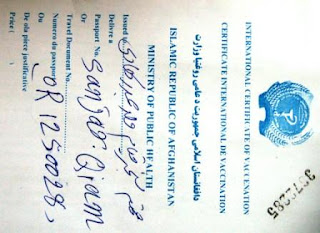 When traveling to I was made to get an HIV license. I didn’t want anyone to take my blood sample, but it’s a very persuasive document. See my HIV negative certificate ;-) i have delivered this certificate to many other countries and none said NO. this certificate helps anywhere.

HIV-related stigma refers to all unfavorable attitudes, beliefs, and policies directed toward people perceived to have HIV/AIDS as well as toward their significant others and loved ones, close associates, social groups, and communities. Patterns of prejudice, which include devaluing, discounting, discrediting, and discriminating against these groups of people, play into and strengthen existing social inequalities--especially those of gender, sexuality, and race--that are at the root of HIV-related stigma.

The UN decided to have a declaration on this too. The Joint United Nations Programme on HIV/AIDS (UNAIDS) has developed a protocol for the identification of discrimination against people with HIV/AIDS. I don’t know why the UN doesn’t condemn the above mentioned 16 countries; discrimination is now the official policy of these governments.