Radio Yawali Ghag of Sayedabad district was burned down by Taliban last night. 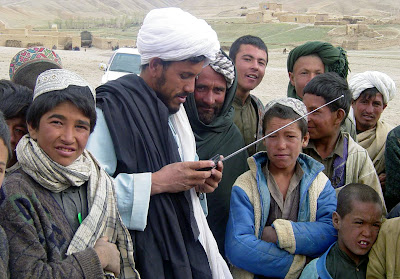 A large number of Taliban fighters attacked the southern district of Sayedabad in Wardak province at around 02:00 AM today. A fierce battle broke out between police and Taliban using small arms and RPGs. The fight continued for three hours until the dawn, Taliban fled when Army reinforcements arrived from . A talib fighter body is left at the scene; however the accurate number of casualties from both sides is not yet confirmed.

In the first hour of attack, a group of ten or twelve came to the radio station, tied up and beaten the guard. “they took one computer and the guard with them, but burned down everything else” said Hazratuddin Nosrat manager of yawalighag radio station. The guard was later found alive in the mountains.

Radio Yawalighag is a community radio station and an affiliate of Salam Watandar network. The station was broadcasting around ten hours a day, including four hours of salam watandar. The radio station board adopted an editorial policy inline with the local culture. “we had appropriate programs. In sayedabad we have to strictly adhere with Islamic principles” said Hazratuddin Nosrat. The radio station since its establishment has managed a good community relation. it was never threaten by Taliban or any other group. The destruction of the station wasn’t a deliberate target but rather an opportunistic sabotage action. According to radio station guard, the Taliban could have been local, they had a wardak accent.